Soo.. In the recent months, my main 1 TB HDD has decided to start malfunctioning but still by in state that I can stress it out with a bunch of reading/writing. So technically.. Still have been able to make use of it for my daily gaming routine.

Just a few days ago It started making a shrieking noise which prompt me to stop being ignorant towards it.

So. I got one of those things they call an SSD. Probably going to only contain Windows 7.
64 GB Kingston SSDnow V Series 425-S2
It's discontinued, but got it off eBay for about $57 used. When I messaged the seller to ask how used it was, he said it was just used as a demo drive for about a week and he got multiple larger capacity SSDs anyways.

Also got this drive for storage.
Western Digital WD Blue WD10EZEX 1TB
Also found on eBay for $77. Yes, it was listed on NewEgg for $74 with 2 day shipping, but I recently bought a number of things from Newegg that came defective, so I just wanted to approach eBay to try to find a reasonable near price to that listed. I sadly won't be able to take advantage of the 6 Gb/s transfer as my mobo can only do 3 Gb/s, but that doesn't really bother me as much.

I did compare the Western Digital Blue to the Black version, but as reviews said online.. there wasn't much of a performance difference. Not so sure if it's true, but I did see some benchmarks and did see only a few mb/s difference. Maybe I'm wrong, but either way, anything is better than this crappy Seagate 1 TB drive I have. Not to mention it only lasted a year before it decided to start to act up.

In the long run, my computer is outdated compared to today's standards. My 6570 was somewhat mid-low end card, but now it's pretty much low end card. Still runs modern games fine, but I am wanting to upgrade sometime soon.

So yeaaah... Just wanting to revive this in a way

"Words have no power to impress the mind without the exquisite horror of their reality.."
~ Edgar Allan Poe
Top

Seagate is far inferior to WD at the expense of price of course. Still good though, I've had a good one for 2 years.

I recently did an upgrade. Originally it was to SSD, and then I thought I'd upgrade my motherboard to handle SATA 3, then I upgraded everything that wasn't my GPU, CPU and PSU.

It's pretty. Put in a sleek BitFenix Shinobi Window case, littered it with blue BitFenix Spectre fans (including a 5-fan controller, mainly to control the LEDs for when I sleep). Got a Gigabyte GA 990XA motherboard, put my existing Phenom II x6 1090T, Gigabyte Radeon HD6870 in it, with some Corsair Vengeance RAM (Currently 2x4 but going 4x4 when RAM goes on sale next at my local computer shoppe) and now 2x2TB drives, one for Steam, one for media, an Intel 520 series SSD (120GB) and just a 300GB spill drive that was in my old PC, just for any rubbish that I don't want to delete.

Got a new keyboard along with that, the Logitech G110, just because it was on sale and I do enjoy my blue backlighting. It seems a bit more solid than my old Razer one, but I've been fooled before. We'll see how it goes. I don't know why I got one with macro keys, I don't even need macro keys.
<TKB> Hit_Girl: zombies don't hurt
<TKB> Hit_Girl: weird.
<TKB> Hit_Girl was slain by Zombie
Top

Upgraded after 4 years of daily blue screens and 800x600.

Details off the top of my head are

Plan to work with this over time, but happy with it at the moment. I used to be in the moan-about-everything-to-do-with-windows-8 camp, but now I actually use it, I find there is very little actually wrong with it. My single complaint is that the shut down option is a bit hidden, but that is natural in a tablet orientated OS. The experience generally feels similar to 7 or XP, just consider the metro UI as the startbar replacement, which is fine by me as I never liked having the My Programs tree.

I always used a program called StartIsBack that integrates with windows 8 flawlessly, adding options to boot into desktop and adding start menu to replace or in addition to the metro UI.
["hip","hip"]
Top

I actually have been using Launchy for years now. Just like Linux distros almost always come with some sort of Launcher I learned how indispensable they are.

The differences between using Launchy and the Windows 8 tablet-like shit or WinKey + Name of the Program is that it indexes a lot of other stuff if you want (bookmarks and so on) and is even able to pass parameters to programs. Oh, and it "learns" which programs you launch the most often with what key combinations.

Sadly development of the app seems to have ceased (although it works just fine) and it has some quirks when running x64 OSes, so it's best to download the custom x64 build:

There are numerous other launchers but I found Launchy the most convenient to use. To start it, you press Alt+Space.
War does not determine who is right - only who is left. - Bertrand Russell
Top

Recently cleaned my room so I decided to show off my sort-of-okay-can-be-better-lol-k setup.
Warning: Pretty big picture.

The laptop is a Samsung Chromebook.
"Words have no power to impress the mind without the exquisite horror of their reality.."
~ Edgar Allan Poe
Top 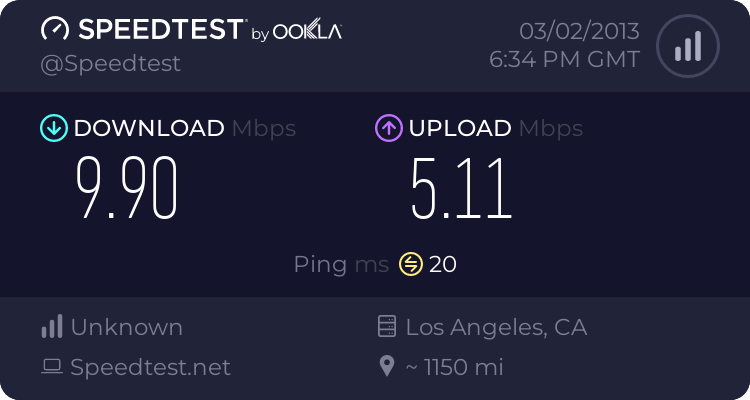 Conclusion:
Just recently bought a 100 ft. ethernet cable. I love it.
I'm also pretty far away from where the router is, I'm technically the dead zone of the house. Optimizing the router setting's and getting a new adapter didn't help much. So, cables yo.

Way too much interference in the way.

Reviving this thread once again for speedtest.net justice, was talking to a few people yesterday about UK 4G speeds and here's the follow-up. 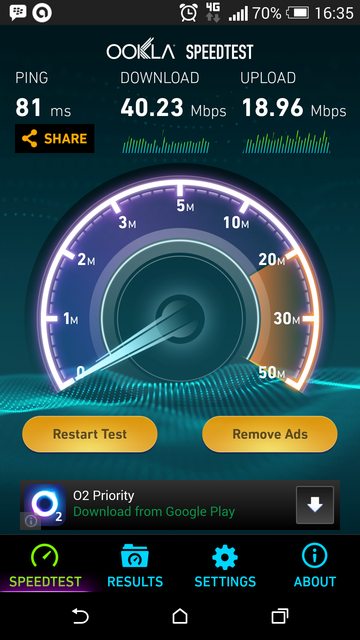 So this is thing that happened over a 3-day stretch. It was my little project of converting an old Dell Latitude D610(Released in 2005) from XP to Windows 7 Starter.

Worked out great and it's handling it somewhat well. I actually looked up articles about other people doing this and they suggested attempting Windows 8.1 since a few of them that tried were able to get it to work successfully and saw a greater performance than in 7.

I might try it down the line who knows, for now I'm satisfied with the hours I've put it in so far. I did however, had to open up the laptop to clean out the hardware. I did my best to remove the thermal pads that pretty much all standard laptops have and applied my own thermal paste bringing down the temps quite a bit.

Drivers were kind of a problem at first, but I remembered about the compatibility mode the newer versions of Windows have and worked out fine.
"Words have no power to impress the mind without the exquisite horror of their reality.."
~ Edgar Allan Poe
Top

Verizon FiOS gave us an "upgrade" on our upload for being a "loyal" customer. 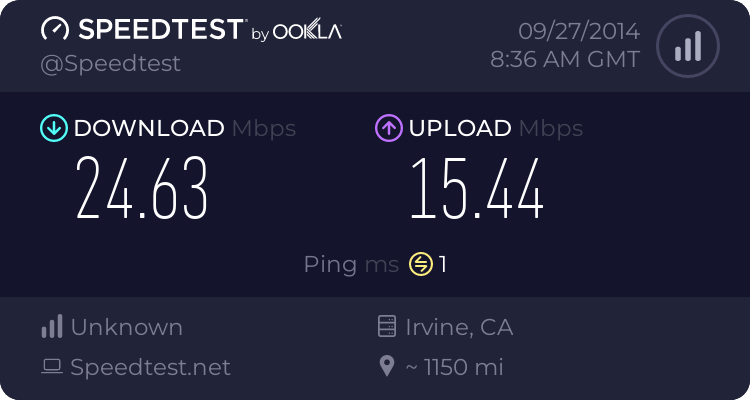 Not much of an upgrade, but going from 5 up to 15,, it's okay I guess.
"Words have no power to impress the mind without the exquisite horror of their reality.."
~ Edgar Allan Poe
Top 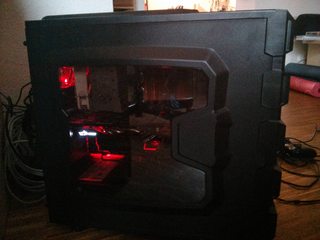 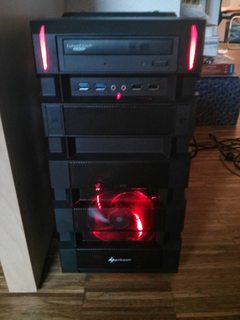 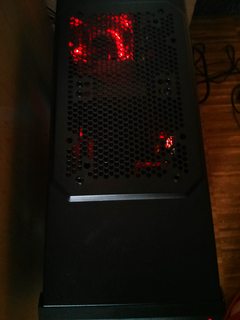 Looks better at night. :P Sadly the side/panel is facing my desk but whatever.

See kids, when I'm buying a new PC I'm not fucking around. ;)

Only components taken from my old computer were the HDD mentioned above, the PSU (an OK 750W Chieftec) and some "Whateverest" DVD-R/W (who cares).

Ah, and my ever-loyal Noctua NH-U12F cooling tower which has been staying with me for like the past 8 years through massively OCed CPUs and 3-4 PC setups - not a single failure to report. Cannot recommend their products enough - they have NONE of the overhyped-gamer-shit-flash. Just pure, rock solid quality. CPU fan with oil bearings (haven't needed replacing so far, still as quiet as ever!) and you even get the mounting kits FOR FREE if you keep your receipt. :)

Had I been poor I'd have opted for slightly different components, e.g. Intel Core i5-4690K and a GTX 970, perhaps a smaller SSD of 500GB. But alas, I'm not! :P
War does not determine who is right - only who is left. - Bertrand Russell
Top

Wow, that's a nice build my card/Build is to embarrassing to put up here so I will just post my equally shitty speedtest results, that's Australian internet for you to be fair it is one of the poorer connections but the rest of Australia doesn't have much better. 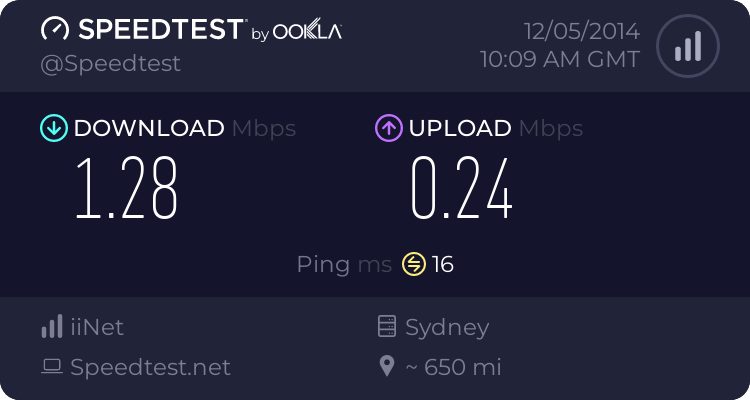 Recently downgraded my ISP plan as the extra download speed make little to no difference to me on a daily basis, and the upload speed stays the same.. 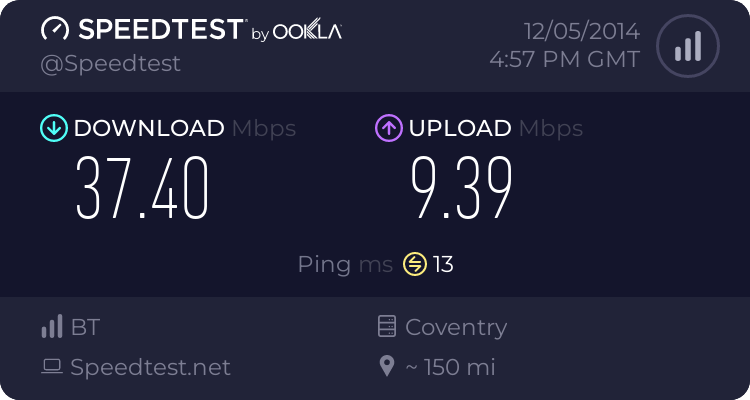 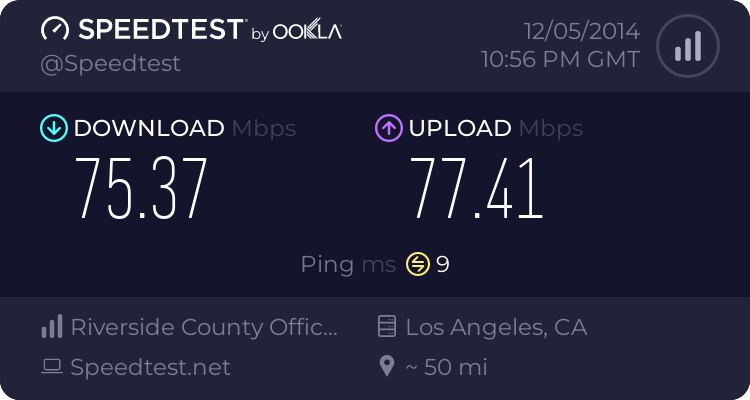 My Internet is not that great, especially in the upload department... 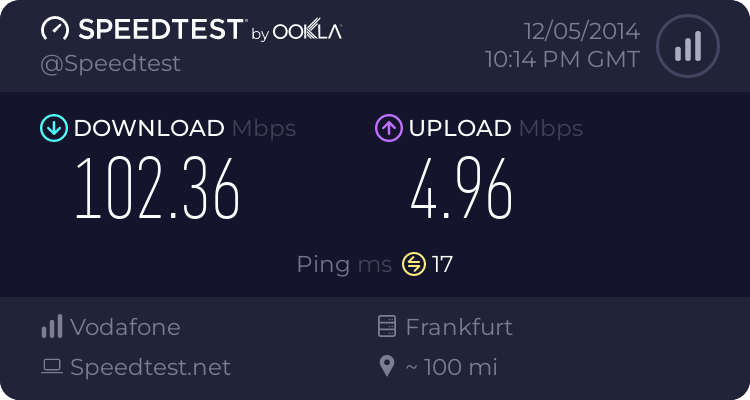 War does not determine who is right - only who is left. - Bertrand Russell
Top

Lim-Dul wrote:My Internet is not that great, especially in the upload department...

This is my connection speed: 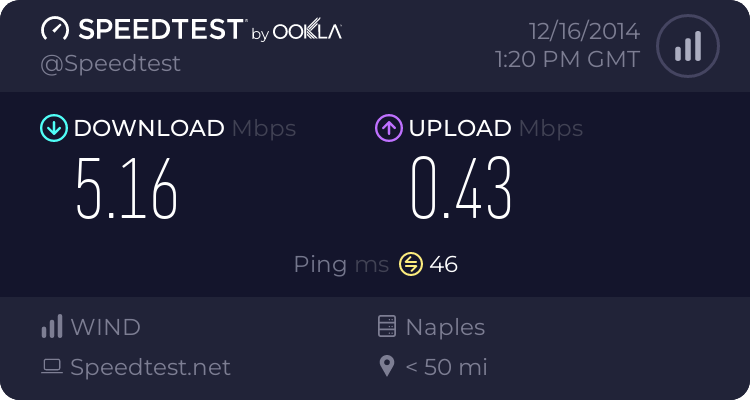 Now I changed my plan and my ISP said I should get around 18-20Mb/s download and around 1Mb/s of upload at the end of January.
* Isotope destructively nudges DreamingInsane with a new frogsleg.
tesfai10: greg79 wanna have sex
Top
Post Reply
168 posts