Want to show off your Build, Video or Fanart from the Classic server? Here's the right place to do it!
Post Reply
4 posts • Page 1 of 1

I decided on ''Iron Pirate: Franky Shogun'' as the giant robot vehicle is due to be animated and aired this Saturday. I have finished it 2 days sooner than I thought.

I started off by building a skeleton/rough block draft from the floor all the way up to the sky. I noticed some of the masons and ops doing this before so I have started to copy them =P It helped me know exactly how big individual sections were going to be before I started them.

I thought I would have no colour scheme to work with but I found online they have released a toy (before the anime airs this Saturday) here:

which was perfect for knowing what colours and shapes to use.

Here is the finished build on Veteran77:

I have changed the eyes since the picture was taken to match the toy. I imagine his colour scheme when the episode airs will be the same as the toy.

You can also enter the build at the right foot, up the staircase in his legs and travel throughout the build by walking to every interior section of it. 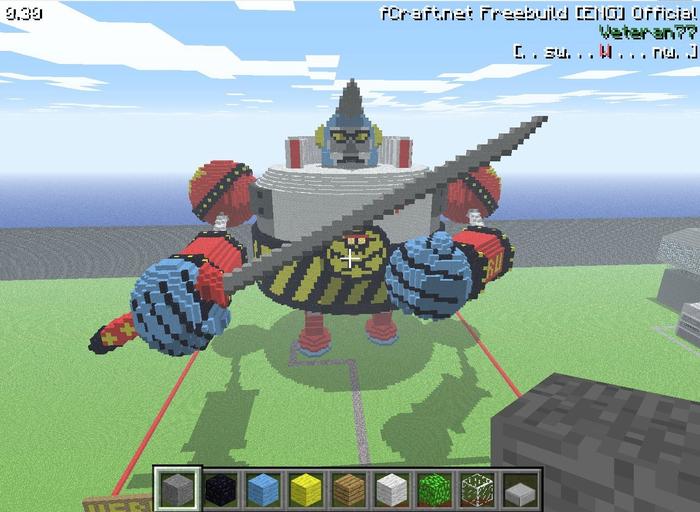 Side: Below: Above: Inside:
You can visit the cockpit through the Lava. Inside - Random interior decoration: Outside:
For anyone familiar with the anime, here is my first build when I became a builder, it's from a while back in an old builder world. 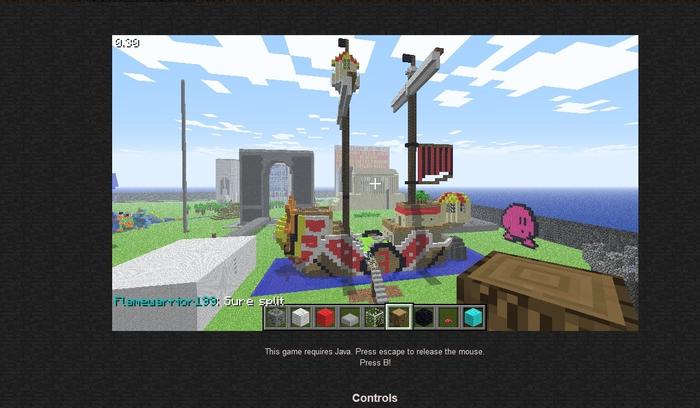 Thanks guys. (My next goal is a totally different build for contest)

There were actually differences in anime as well =O

Return to “The Classic Gallery”